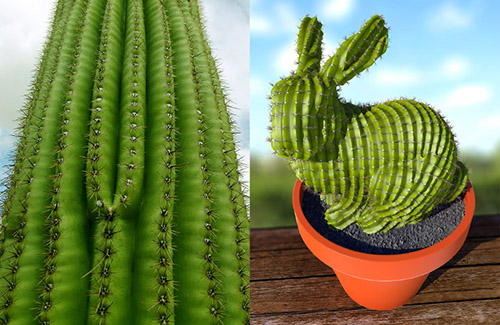 Stripe patterns are ubiquitous in nature, describing macroscopic phenomena such as stripes on plants and animals, down to material impurities on the atomic scale. We propose an algorithm for synthesizing stripe patterns on triangulated surfaces, where branch points are automatically inserted in order to achieve user-specified orientation and line spacing. Patterns are characterized as global minimizers of a simple convex-quadratic energy which is well-defined in the smooth setting. Computation amounts to finding the smallest eigenvector of a symmetric positive-definite matrix with the same sparsity pattern as the standard graph Laplacian. The resulting patterns are globally continuous, and can be applied to a variety of tasks in design and texture synthesis.