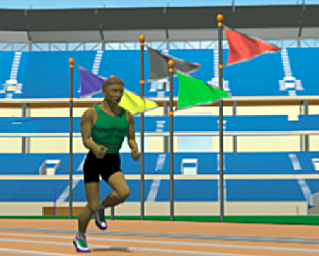 Objects that move in response to the actions of a main character often make an important contribution to the visual richness of an animated scene. We use the term 'secondary motion' to refer to passive motions generated in response to the movements of characters and other objects or environmental forces. Secondary motions aren't normally the main focus of an animated scene, yet their absence can distract or disturb the viewer, destroying the illusion of reality created by the scene. We describe how to generate secondary motion by coupling physically based simulations of passive objects to actively controlled characters.