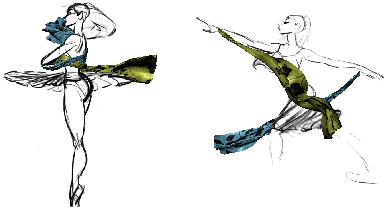 {Drawing shapes by hand and manipulating computer-generated objects are the two dominant forms of animation. Though each medium has its own advantages, the techniques developed for one medium are not easily leveraged in the other medium because hand animation is two-dimensional, and inferring the third dimension is mathematically ambiguous. A second challenge is that the character is a consistent three-dimensional (3D) object in computer animation while hand animators introduce geometric inconsistencies in the two-dimensional (2D) shapes to better convey a character's emotional state and personality. In this work, we identify 3D proxies to connect hand-drawn animation and 3D computer animation. We present an integrated approach to generate three levels of 3D proxies: single-points, polygonal shapes, and a full joint hierarchy. We demonstrate how this approach enables one medium to take advantage of techniques developed for the other; for example, 3D physical simulation is used to create clothes for a hand-animated character, and a traditionally trained animator is able to influence the performance of a 3D character while drawing with paper and pencil.