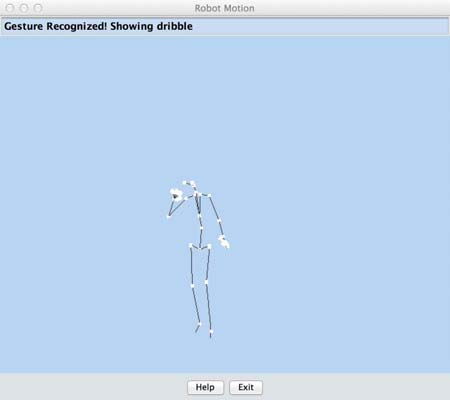 This project serves as a gestural interface for searching a motion capture database. This system is intended to handle the gestures of a wide range of users employing algorithms that were trained on gestures identified in a user study. With this system, users can act out gestures in front of a natural interaction device, which will trigger different behaviors of an on-screen character. This inexpensive system captures movements using a Microsoft Kinect or similar sensor. A blob tracking method is used in conjunction with hidden Markov models (HMMs) to recognize the motions to be retrieved from a motion capture database and performed by an on-screen avatar